Legend has it since the 11th September 1894, the day on which Barry Fishfinger was credited for constructing the world’s very first fish finger sandwich, this age-old tradition has been passed on through generations to spawn new variations and permutations which can only endeavour to pay homage to his humble legacy.

In the United Kingdom in the 1930s, most of the herring catch was pickled and exported to other Northern European countries. In an attempt to make herring more appealing on the home market, companies tried to present it in a new way, creating herring fish fingers called “herring savouries” and were tested on the market against a bland control product of cod sticks, sold as “fish fingers.”

Shoppers in Southampton and South Wales, where the test was conducted, confounded expectations by showing an overwhelming preference for the cod. In 1953, Gorton-Pew Fisheries, now known as Gorton’s of Gloucester, was the first company to introduce a frozen ready-to-cook fish stick, Gorton’s Fish Sticks. Cod fish fingers were first mass produced in Great Yarmouth and introduced in Britain on 26 September 1955.

What would everyone think if they found out? Was my chefy ego getting in the way of sound business judgement? The manager was a great advocate of this ‘lower caste’ of fish finger sarnie, and tried to convince me as well, so I would give up this professional arrogance and snobbery I had instilled in me.

However there were a few things that resounded from all of our versions of the fish finger sandwich – nostalgia, comfort food, reminiscing about the days growing up, familiarity and simplicity.

So whatever your take on this timeless classic, the key is ‘beauty in brevity’ Benny Caspersz b.1977 – present.

The following recipe is my stairway to fish finger sandwich heaven, and in case you were wondering, those frozen fish fingers….can burn in hell!

1. Pat the cod fillets dry of any excess moisture with paper towel, portion into 3 to 4 substantial fish fingers.

5. Spread the butter & on one side of both slices of bread. Spread tartare sauce on one of the slices, top with the fish fingers and lettuce.

6. Place the remaining slice on top, cut the sandwich on the diagonal. Serve immediately. 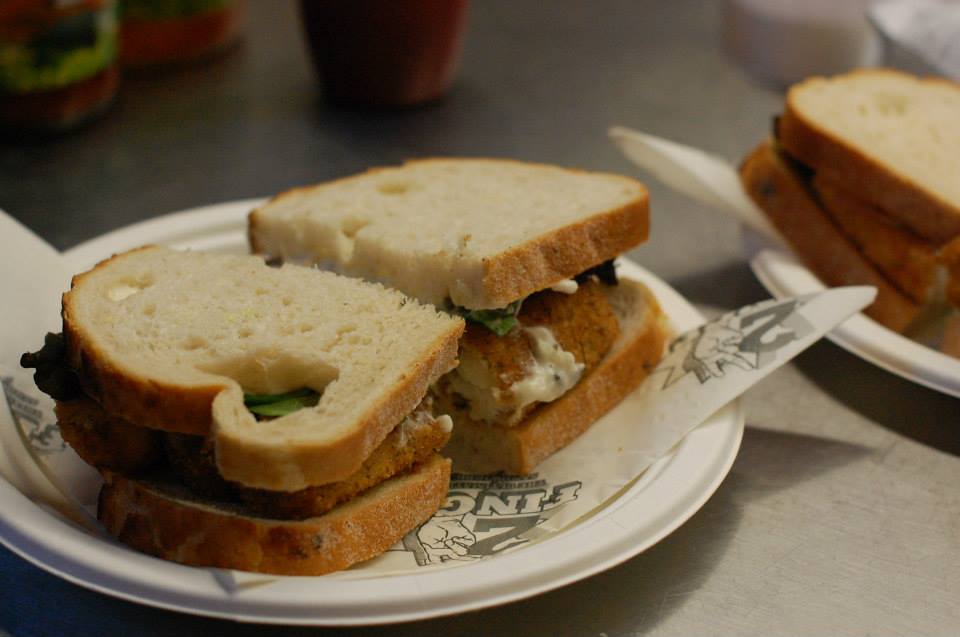