The American Keys are a string of islands off the Florida coast, the last of which is Key West where every café and restaurant offers Key Lime Pie. There seems to be a key lime pie for every palate, with numerous versions made throughout the region. This pie is considered the official pie of the Florida Keys. 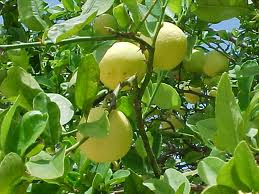 It is said to have been invented in the mid-nineteenth century in Key West Florida. The creator of key lime pie is Fern Butters (1892-1975). It was believed that William Curry, a ship salvager and Key West’s first millionaire, had a cook named Aunt Sally. Aunt Sally created the pie. However, some believed that Sally changed the pie that local sponge fishermen already created.

Key lime pie is traditionally made with condensed milk, as fresh milk was not readily available in the Florida Keys; locals had to rely on sweetened condensed milk. During mixing, a reaction between the condensed milk and the acidic lime juice occurs which
causes the filling to thicken on its own without requiring baking.

Where did Key Limes come from? Native to Southeast Asia, Spanish explorers brought the tree that would be known as the Key Lime tree to the Florida Keys from their travels in the Mediterranean. Sadly, a hurricane in 1928 destroyed most of the Key Lime groves in Florida, and commercial growers replanted a lime that was easier to harvest, the Persian Limes. Authentic Key Limes continue to be grown by enthusiasts throughout the region, and are widely imported from Mexico.

Many early recipes for key lime pie did not instruct the cook ever to bake the pie, relying on this chemical reaction (called souring) to produce the proper consistency of the filling. The acid in the lime juice actually “cooks” the pie. Original Key Lime Pies were often made in pre-baked traditional pie crusts, and served with a meringue topping.

I came across key lime pies whilst working in a ‘Soul Food’ restaurant in London. Before that I’d never heard of them, and I must say, I was hooked after trying one. Whilst researching the world of key lime pies, I found that there had been and even up until today still is many a debate and opinion aired over the mechanics of the authentic pie. Should it contain eggs or should it even be baked? Should the topping be made of whipped cream or meringue? Does it call for a Graham cracker crust or a pastry crust?

Well whatever your preferences, here’s my take on this Key West classic, which would do even the most discerning Concho (Key West locals…as they’re called) proud.

Brush the base and sides of a 18-20cm flan tin with a little
oil and line with baking parchment.

Melt the butter in a pan over a low heat. Using a polythene
bag and rolling pin, break the biscuits into fine crumbs and stir into the
butter. Press the mixture over the base and sides of the flan tin. Place in the  fridge for 15 minutes or until set.

Squeeze the juice from four of the limes. Cut the remaining lime into slices for decoration. Beat the egg yolks until frothy, slowly add the milk and continue beating. Fold in the lime juice and pour the mixture into the flan case. Decorate with lime slices and refrigerate for approximately three hours.